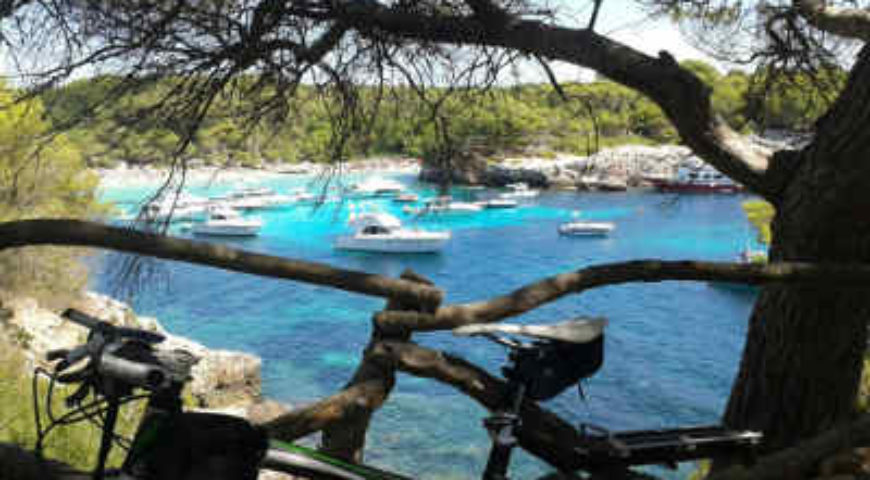 Menorca is a lesser known island, when compared to its siblings Mallorca and Ibiza. It is the northernmost isle of only 45km length by 17km wide.

Menorca, a gem of the Spanish Balearic Islands located in the Mediterranean, is a paradise with more than 130 different coves; all with clear blue water with either white sand, small pebble or rocky coasts and comparable to Caribbean standards. It is regarded as the windy isle and due to its landscape, natural beauty, bio-diversity and cultural history, it has been awarded the status of Biosphere Reserve by UNESCO.

It has its own wine trail (ruta del vi) and there is a hidden treasure within the municipal boundaries of Sant Lluis, at the south east of the island, where to find Binifadet wine cellar.
A project started by the Anglès family in 1979, as they tested 40 different grape varieties for the sole purpose of their own consumption. After a few years and a successful production, they started commercializing their first bottles in 2004.

This modern Spanish wine cellar was designed by a local architect Lluís Vives, where vinification, shop, kitchen and wine tasting room locate under one roof. The enclosed terrace is an appealing and attractive space and with hundreds of vines and hanging grapes as rooftop.

“We tasted the white Merluzo. A fascinating brew made from Blanc de noirs grape, a merlot type usually meant for red wine making, but vinified into white wine. The Binifadet rosé was also outstanding, as it mixed Merlot and Syrah grape varieties.

Both wines were exquisite, fresh, possessing its own characters and aromas, influenced by the local terroir. This wine cellar is a must visit for all during your stay in Menorca!”